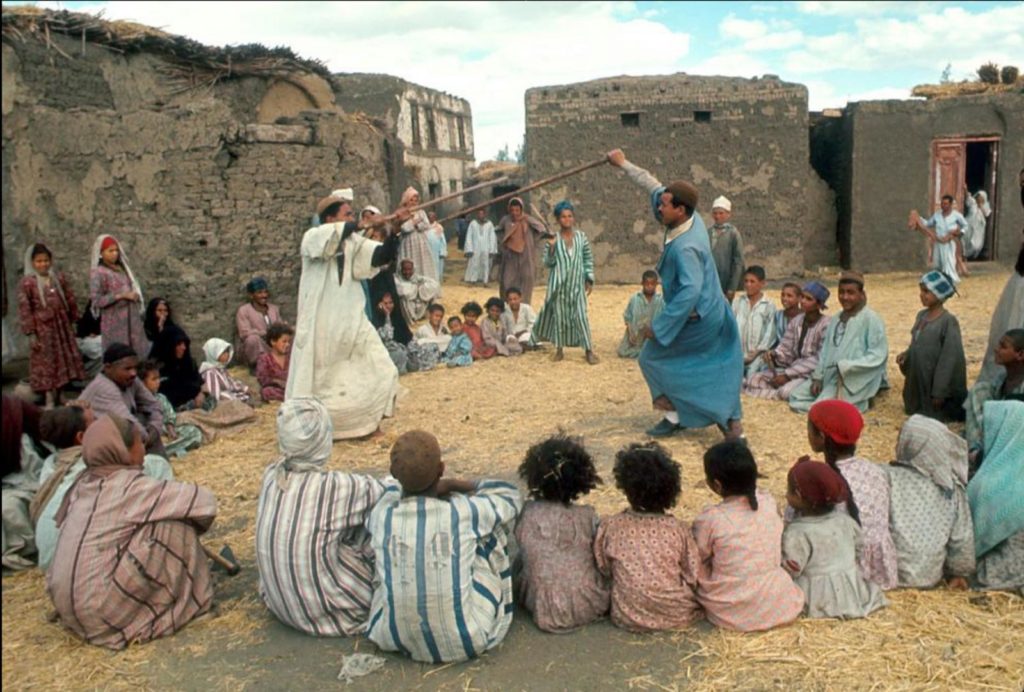 With the Egyptian Battle Staff, enriched by 5000 years track, educators around the world have now the unique opportunity to establish its updated version, MODERN TAHTIB (MT), as an educative mean and practice about RESPECT. Thanks to the stick length and practice rules, the Egyptian battle staff amplifies the usual martial arts benefits.

This remarkable practice, sportive and artistic, is a unique and proven asset about harmonizing societies and developing people.

MODERN TAHTIB is the most recent update of the millennium Egyptian Battle Staff (-2600 B.C.), initially a warrior discipline during the Pharaonic era, then a game played in the Upper Egypt villages. It is now a martial and festive art available in Europe for males and females motivated to, peacefully practice stick jousts, combats, and codified series.

With the same fundamentals values, particularly Respect, MODERN TAHTIB is creating the possibility of safeguarding this millennium art by perpetuating its practice as a Universal Sport and Education. It overcomes the very high risk of the art vanishing with the fast urbanization.

MODERN TAHTIB brings a new transmission method, urban and sportive, for males and females, beyond Egypt everywhere in the world. Its main contributions are the transmission method with the Tashkila (forms) and the codified series, the 360° combat against 2-3 opponents, and a modern sportive dress with the Vth dynasty Egyptian belt.